The 1970’s were most notable for delivering us sideburns, platform shoes and leisure suits,  things we’d like to forget, but the sitcoms on television delivered us some very well dressed leading men that we shouldn’t soon forget.

While there were a lot of worthy contenders, here are ten of my favorites.

1.) Grady Wilson: Always dressed as a man about town, it’s one of the reasons why Aunt Esther was always trying to hitch a ride on the G train. 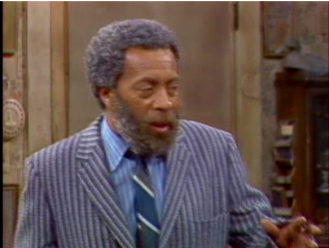 2.) Mr. Drummond: Mr. D was always dressed fresh. From his three piece suits to his dressed down look that said, “I’m going quail hunting in Ringneck,” he was always a good fashion role model for Willis and Arnold.

3.) Gabe Kotter: The Brooklyn high school teacher who rocked the four Wale corduroy jacket like nobody else.

4.) Mike Brady: No matter what the frantic situation, Marsha’s nose, Bobby putting too much soap in the washing machine, or Jan feeling overlooked and under appreciated, Mike always looked cool, while staying cool.

5.) The Fonze: Nothing else really needs to be said about a distressed leather shirt collar jacket and a crisp white tee.

6.) Ted Baxter: The TV news has never been delivered with such sartorial splendor. Even with the station badge emblazoned on his jacket like the crest of Bushwood Country Club, he still looks as cool as a Fresca on a hot day.

7.) George Jefferson: Even the guy’s bathrobes were stylish.

8.) Larry Dallas: Yes he was a little cheesy, but Larry’s signature velour sweaters smacked of La Croix or at least Pierre Cardin.

9.) Freddy “Rerun” Stubbs: Not only did he make the Raspberry Beret famous long before Prince released his single of the same name, but this guy perfected the trifecta of beret, suspenders and shirt combos. Tragically, Mork and Mindy debuted two years later ruining suspenders for an entire decade until the accessory’s image was rehabilitated by Gordon Gekko. 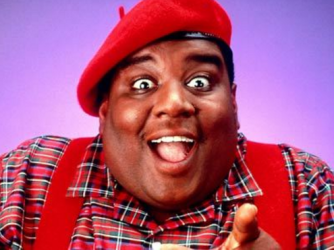 10.) The Entire Cast of Barney Miller: Do you remember what crime was like in New York City during the 1970’s? And yet everyday, Captain Barney along with Fish, Yemana and the entire 12th Precinct dressed like they were Madison Avenue advertising executives.

This is a text widget. The Text Widget allows you to add text or HTML to your sidebar. You can use a text widget to display text, links, images, HTML, or a combination of these. Edit them in the Widget section of the Customizer.
Loading Comments...
%d bloggers like this: