Bill Cunningham New York: Bill Cunningham captures fashion on the streets of New York like no has ever done. His iconic photo spread appeared for decades in the Sunday New York Times. A truly unique fashion gift.

La Dolce Vita:  The great Federico Fellini delivers a magnificent full blown fashion festivus in this two hour epic. This movie has it all for fashion lovers, including one of the best dressed men in cinema, Marcello Mastroianni. Honestly, even if you don’t get the story line, just watch it for the fashion and the historical significance. This was the movie that’s been credited for coining the term “Paparazzi.”

Zoolander: Even if you’ve been tripping on acid with spider monkeys on the southern coast of St. Barts for the last two weeks, there is always the possibility that you to, can’t not die from a from a freak gasoline fight accident. Really, this should be part of your permanent collection.

Zoolander 2: Okay, it’s on the list, but only because I waited fourteen years for the sequel. Not as good as the original but it’s still Derek Zoolander, Hansel and Mugatu.

The Devil Wears Prada: The grandest of them all. Stanley Tucci is simply fabulous, and Meryl Streep isn’t bad herself. Even though it’s women’s fashion, every man will relate to the same struggles endured by our heroine Andy. Trying to find the right life/work balance with an overbearing boss, all while trying to squeeze into size 7 Louboutins. Yeah, the struggle is real brother. 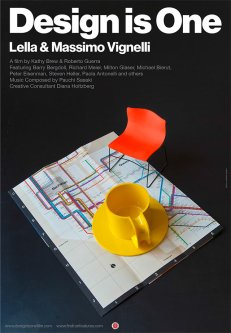 Design is One: If you like the way design plays into style, you will love this documentary. It chronicles the story of Lella & Massimo Vignelli, Italian designers  who are responsible for some of the most iconic logos and styles in American history.

This is a text widget. The Text Widget allows you to add text or HTML to your sidebar. You can use a text widget to display text, links, images, HTML, or a combination of these. Edit them in the Widget section of the Customizer.
Loading Comments...
%d bloggers like this: